If there is one thing that the eCommerce business retailers value equally, it would be their customer loyalty. Any entrepreneur can vouch that a loyal customer is one of the greatest assets he/she can get. And underestimating its value could be the worst mistake you can make as an entrepreneur. Repeat customers generate 40% of the store's revenue. Loyal customers not only spend more but are also more likely to return and they hold a higher chance of conversion than others. With the number of competitors in the eCommerce business industry on the rise every day, it is quintessential that you build a strong relationship with your online shopping customers.

But how do you go about doing that? What is the best practice to earn your customer’s loyalty?

“77% of shoppers say discounts can influence where they shop, and 48% say they can speed up the decision-making process” - RetailMeNot

The concept of Blockchain Technology has been around since the early 1990s. It wasn’t until 2009 that Blockchain gained popularity - when the cryptocurrency bitcoin used Blockchain as the ledger of transactions and blockchains tokens. The Loyalty scheme is widely accepted now!

“Blockchain is a decentralized method by which you can securely store transactional data without any transaction costs.”

The “blocks” in Blockchain are storage units where information about the transactions are stored in digital format. The information thus stored in the block may include date, time, amount, and parties participating in the transactions. Each block is assigned a unique code called a hash, making it distinguishable from the rest of the blocks. The unique hash code makes it hard for hackers to gain access. A new block is added at the end of the chain every time a new transaction is made as loyalty cards.

A good example of businesses focussed on blockchain loyalty is Boxed. In this case as a customer shops on Boxed, the blockchain stores the purchase transaction information, The data of the transaction leads to the forming of a smart contract that provides points in the backend loyalty system.

Blockchains used in eCommerce are of two types - Public and Private. The public blockchain is widely in use as it is open and lets anyone be a part of it. Hence, eCommerce Loyalty Programs use Public Blockchains because of its transparency & security. Private Blockchains are usually used by companies internally with its access limited to its members. The security of a Public Blockchain is ensured by the Proof Of Work (POW). POW ensures the following. 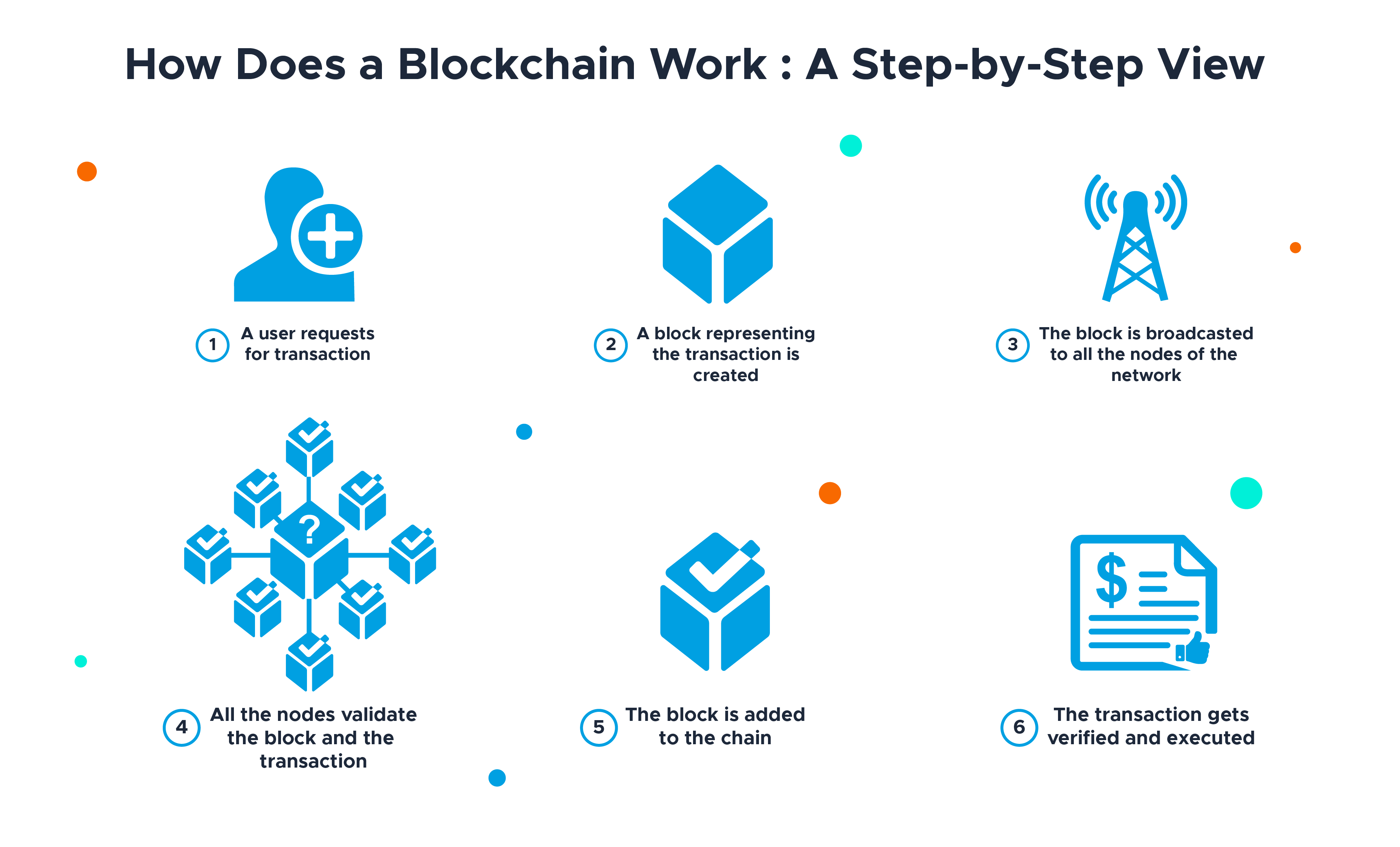 Every machine in the Blockchain network will have a copy of the Blockchain. Even though it is easy to read certain information from the blocks, it is near impossible to alter the data on a blockchain.

“To change a block, you’d need a supercomputer and at least 50% majority of the blockchain network.”

Some of the significant advantages of blockchains include the following.

Scenario 2
In this case, the customer is able to access his/her reward points; regardless of the period, the account/reward points remain idle. It could be a month, a year, or even more, one of the advantages of the blockchain-based loyalty program is that they never expire. The data in Blockchain remains unaffected, and the transparent nature of it helps the customer in case of any confusion. This also allows the customer to culminate reward points over a long period, which can improve the user experience.

No Expiration Date
The most important advantage of using blockchains for your loyalty program is that it never expires. The most common problem with any customer loyalty program in eCommerce is that the reward points are often untouched by the customer for a long time. When finally, they decide to use the reward points; they find that it has expired. Using Blockchain eliminates this problem as all the data remains intact and accessible at any time.

Transparency
One of the best things about Blockchain is that they are transparent; the customers know that the company can’t take away or change the rules of the loyalty points/tokens according to their will. This gives the customer assurance and satisfaction that they can redeem their loyalty points whenever they want.

Reduced Costs
Blockchain keeps track of all the transactions made by the customer, and because of the Blockchain’s native ledger, you already have a loyalty ledger. This means you don’t need to spend a massive amount of money to implement and maintain the program.

Security
Blockchain uses a decentralized system, which means data corruption is almost impossible. The data entries in blockchains are time-stamped and irreversible, which prevents transaction manipulation or any fraud.

Omnichannel Access
The flexibility of Blockchain allows the rewards to be made in real-time, which eliminates the waiting time associated with most programs that are points-based. This means the customer can access his/her points whenever a transaction is made, using a smartphone (or any other channel: in-store, online, mobile, etc.)

Customer Lifetime Value (CLV):
Customer Lifetime Value or CLV is one of the core KPI’s for any business including eCommerce, it shows the total value of a customer to the company over his or her lifetime. A Loyalty Program whose loyalty points never expire urges the customer to shop from the same seller again and again which leads to a higher CLV. The higher CLV leads to higher financial growth (revenue & profit) as well as a higher chance for long-term business success.

Companies That Are Adopting Blockchain

To understand the versatility and dependability of the Blockchain system, let's take a look at the list of reputable companies & brands that are adopting the tech. Forbes published an article showcasing - The 50 Largest Public Companies Exploring Blockchain.

How Important is it to Invest in a Blockchain Based Loyalty Program?

“As the brands amp up their competition to grab ever diminishing consumer attention, the race to win customer loyalty is going to be tougher and tougher.”

A Blockchain-based Loyalty Program could be the solution to this problem. With the tight competition in the eCommerce industry, it is quintessential that your eCommerce store stands out from the rest.

To make your website stand out from the rest you need to bring something new to the table. And you need to make sure that whatever you are bringing to the table is relevant and promising. The fact that content-rich platform and giant companies like Facebook, American Express, etc. are investing in Blockchain shows its future potential. Yet, Blockchain technology for loyalty programs is still somewhat in its infancy. This makes Blockchain-based technology a prime contender when it comes to earning your customer's loyalty. Jim Gregg, Head of Operations at Virtina confirms on the pertinence of Blockchain as the future of e-commerce loyalty programs. Elliot Levy, Head of Delivery also emphasizes on Blockchain and its pertinence to eCommerce loyalty programs based on industry insights and customized plans.

Is Your eCommerce Store Ready for the Google Core Web Vitals Update?